(English version) Gabby Williams: If it is easy, then you are doing it wrong

Gabrielle Lisa Williams, better known as Gabby Williams, was born on September 9 in Reno, Nevada (USA). Why does the American forward play with France then?

Gabby, known to all as Spooky G, decided earlier this year that she would play for the French national team, according to the fact that she has dual American-French nationality thanks to her mother Therese, who was French by birth.

The player is a loyal human rights activist, so at the beginning of the year she stated that she did not feel comfortable representing the United States due to the racist nature of its system. In addition, Gabby said that America’s racial problems are not based on isolated cases, but that its system is designed to be that way. Spooky, whose father Matt is black, assures that she feels black even though her mother is white, and that she adores the peculiarities of her race.Thanks to her tireless fight together with the rest of the WNBA players, for the first time the most important women’s basketball league in the world became a standard bearer of the #BlackLivesMatter movement and the season was dedicated to giving visibility to racism in USA. 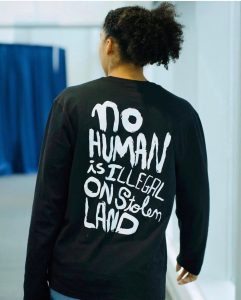 It is admirable that such an important player bases her decisions not only according to sports causes, but also based on human values that make this world a better place. Gabby also came up with the #SkyTakesAction project to donate funds to Chicago-based community organizations.

Based on the performance of each game, Chicago Sky players donated $ 10 for each point scored, $ 100 for each win, and $ 50 for each loss. The warm-up apparel was designed to promote initiative and thus raise awareness, as were the custom auction items sold by the players. Additionally, fans could match donations for a greater impact in the community.

The UConn star declined to play in the WNBA this season to focus on his commitments to the French team, proving once again that values are more important than money or success. The forward, who was a member of the Chicago Sky, asked to join the team’s dynamics later to attend to his commitments with France, but the team objected and an odyssey began to get a transfer to a team that understood his unquestionable commitment. with the French team. The Reno player ended up signing for the Los Angeles Sparks and she will join the team next season.

Gabby Williams, who won the European silver medal in her first official tournament with the national team, has become a rolemodel on and off the court. In short, if there were more people like Gabby Williams in the world, we would live in a much better world. 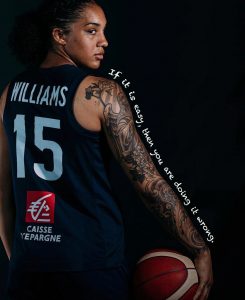